It’s true.  Our bodies as seniors don’t respond as they did when we were teenagers or even young adults.  Nevertheless, there are habits we can utilize to improve and strengthen our physical, and mental health and even improve our relationships.  This week, we’ll talk about how laughter can help our bodies.

It is really true.  The literature says that if laughter gets us to giggle, even a little bit, it’s good for us.  Laughter, even in the mundane things of life, can improve multiple areas of our life, including our physical health, mental well-being, and our relationships. 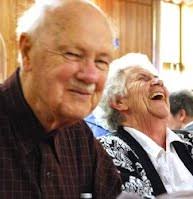 Humor has been considered medicinal for centuries.  In the 1200s, physicians used humor to distract patients from pain.  In the 20th century, humor came under study because of its effects on physical and psychological wellness.

In studies that evaluated patients both before and after a humorous event, researchers discovered that episodes of laughter helped reduce pain, decreased stress hormones, and improved immunity. 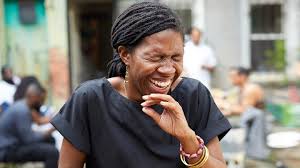 “Laughter boosts the immune system so that we are less likely to get ill, and if we do get ill, we can recover more quicker,” says Lesley Lyle, author of Laugh You Way to Happiness.

As more research about the health benefits of laughter emerges, science seems to agree with philosopher and mathematician Bertrand Russell: “Laughter is the most inexpensive and most effective wonder drug.  Laughter is a universal medicine.”

Finding humor in life literally strengthens your immune system and increases your resistance to disease.  A study published in Alternative Therapies in Health in Medicine measured white blood cell activity in subjects before and after they watched humorous videos.  They found that the health benefits of laughter linger long after the joke has ended. 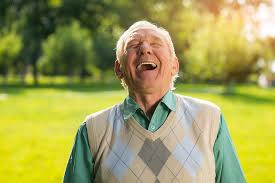 “There’s a boat in immune function thirty minutes to an hour after laughing,” says Mary Payne Bennett, director of the Western Kentucky University School of Nursing.

In addition, medical studies have found that laughter not only decreases stress hormones, but also increases endorphins in the bloodstream, which increases the pain threshold with opiate-like effects.  Endorphins are the chemicals that bring a sense of pleasure, improve mood, relieve pain and help manage discomfort.

“People who suffer from pain can get a lot of relief from indulging in prolonged laughter,” says Lyle.   “When we suffer pain, our bodies become tense, and it causes stress, but laughter changes our physical response by making us relaxed, reducing our levels of stress, and producing endorphins .  Natural endorphins are more powerful than synthetic painkillers and do not have negative side effects.”

Nearly 40 years ago, Norman Cousins published Anatomy of an Illness, a book about mind-body medicine from a patient’s perspective.  Diagnosed with a painful degenerative disease, he used laughter as a tool to relieve his severe pain.  He discovered that ten minutes of belly laughing could relieve his pain for up to two hours.

Laughter is Good for Hearth Health

Laughter is also good for your heart.  Michael Miller, M.D., director of the Center of Preventive Cardiology at the University of Maryland Medical Center, recommends laughter as part of a healthy heart program for his patients.

According to Miller, laughing for fifteen minutes every day can significantly decrease your chance of suffering a heart attack.  Laughter benefits the heart by relaxing the arteries, reducing blood pressure, improving circulation, and increasing blood flow for up to forty-five minutes, which is comparable to aerobic exercise.

It certainly is more healthy to view the glass as half full rather than half empty.  Seniors have lived long enough to have experienced many challenges in our lives, as well as joys.  Why not focus on the joys?