One of the best things about being a senior is the added available time to do the things we may have wanted to do for many years, but only now do we have the time to do them. Dianne and I recently took a trip to the Ark Encounter in Kentucky where a combination ticket included the Ark, the Creation Museum, and five concerts by the Collingsworth Family.  This was a three day event which we enjoyed before continuing on to see our son and daughter-in-law in Tennessee.  The Ark experience was awe-inspiring, and the concerts were wonderful.

The Collingsworth family is a Christian musical group that tours the country giving their testimony and singing gospel music.  Often times, the audience was invited to sing along, and the sound of some twenty-five hundred voices singing together was also very inspiring.  This event was called Inspiration Encounter by the Collingsworth Family and usually happens once a year.

The ministry of the Collingsworth family continues to cross all evangelical denominational boundaries.  They have appeared in many of Gaither’s Homecoming Series, and the Grande Ole Opry in Nashville, TN, the Billy Graham Library in Charlotte, TN, and many others.

For Dianne and me, the experience was a lifetime marker of great significance.  Over the time we were there, several speakers gave presentations that were inspiring and encouraging.   More information can be found here. 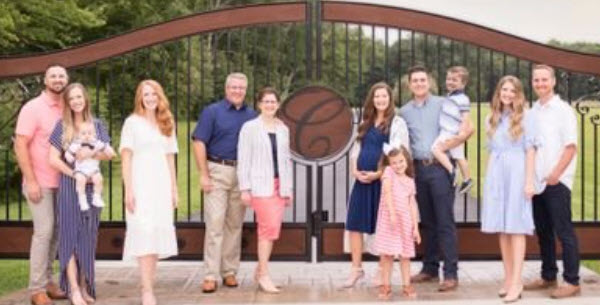 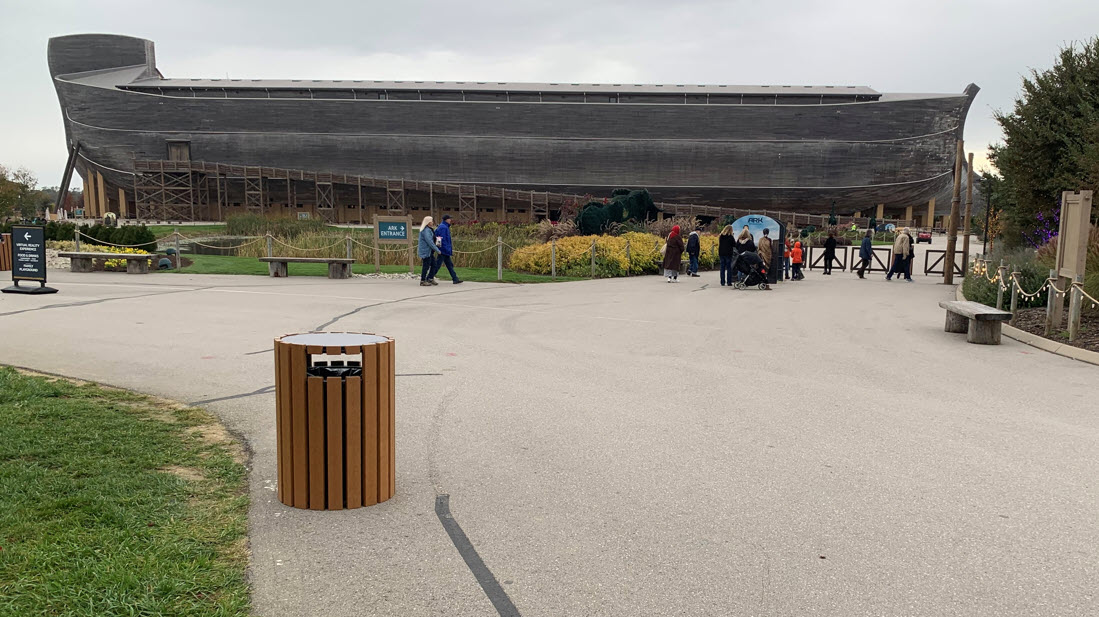 The Ark is pretty impressive and  much larger than I imagined it would be.  It is the largest wooden boat the planet has ever seen (since the original ark, that is!), and the modern-day vessel was built using the same measurements Noah used in Bible times.

Noah must have been a pretty handy guy and a terrific ship builder.  As a preacher, however, he didn't enjoy much success.  He preached for 120 years, and only eight converts made it into the ark.  Then again, maybe it was not so much Noah's preaching as it was the state of the hearts of his congregation. 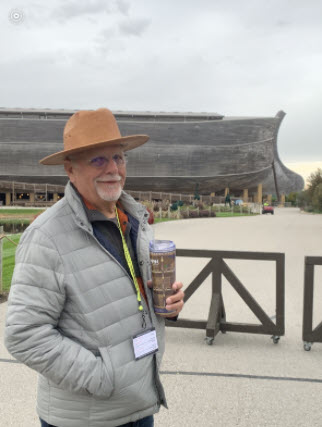 The modern Ark is built after the dimensions given in the Bible.  It is 510 feet long, 85 feet wide and 51 feet high.  Beyond that limited information, the Bible does not provide us much more detail.

Artistic license, based on the information we have available to us today, attempts to fill in the blanks with educated guesses.  To build this modern Ark, 3.1 million board feet were used in its construction.

Provision was made to carry several thousand animals.  Noah was instructed by God to take seven pairs of every clean animal and one pair of every unclean animal.  Again, educated estimates say over 7,000 cages were required to house all the animals on Noah's Ark, and the variety of animals we have now all came from those animals.

The Ark Encounter provides commentary on what might have been aboard the Ark.  For eight people to take care of over 7,000 animals daily, much of their care must have been "automated".  The food supplies and water supply must have been handled in such a way that the needs of many animals in multiple cages could be handled by one person.

Also, cleaning of the cages had to be done to maintain health for all.  Again, "automated" ways of waste dropping from multiple cages into one "catch" area are proposed.  Although we do not have these details from biblical records, what is suggested is possible and certainly could have been done long ago.

I’m thinking the state of the world today is very similar to the world to which Noah preached.  For many years after the flood, no one doubted the event of the flood.  They still feared a flood could happen again, so they built the Tower of Babel. 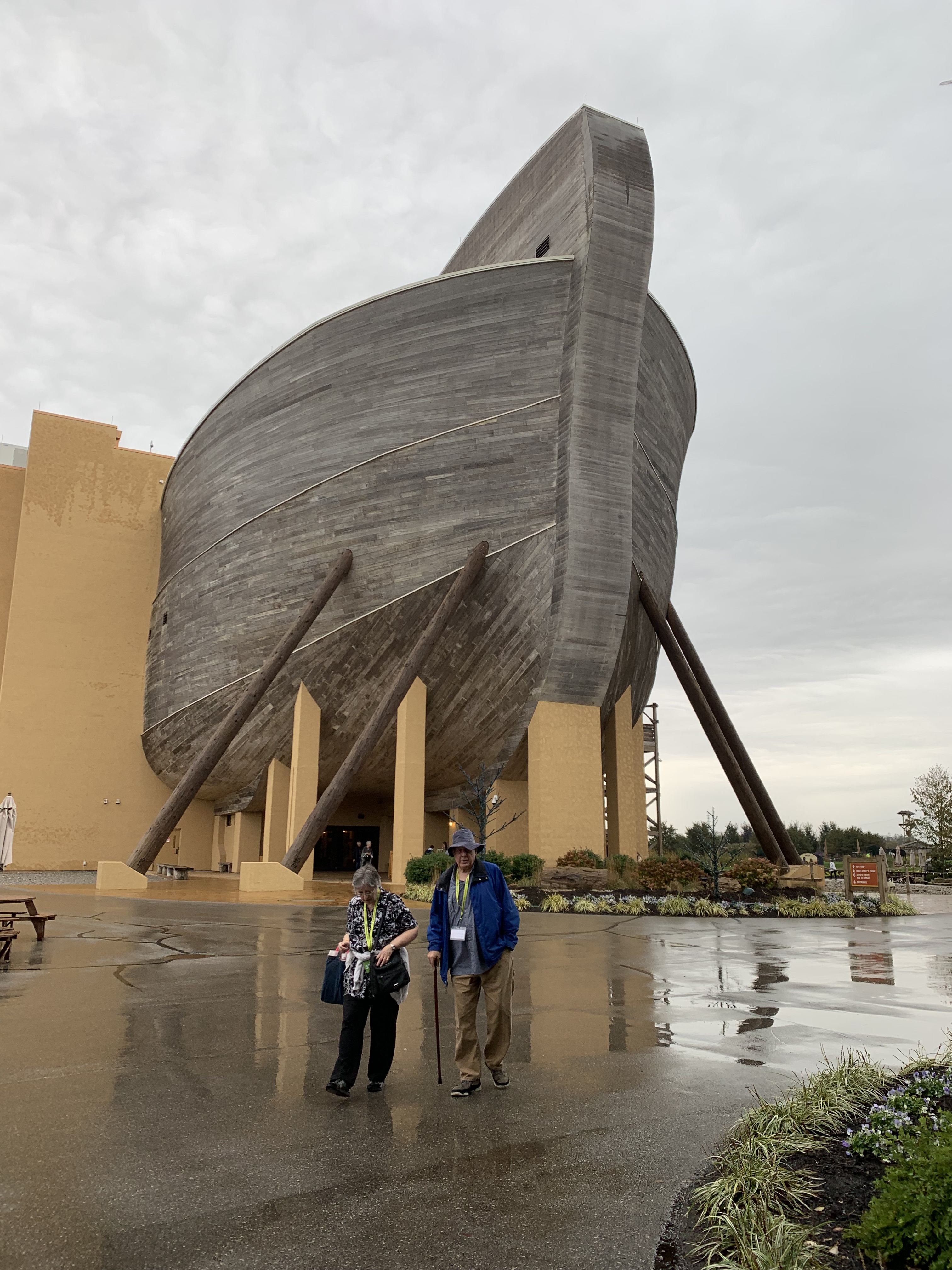 Kids age 10 and under are free.  Ages 11 to adult prices range from $24.95 to $49.95. Like many theme parks, activities are available for the whole family, including zip lines and a petting zoo.

The abundant number of exhibits illustrate how food might have been stored in the ark to feed the humans and animals for a year.  How was water collected and stored, and how was human and animal waste disposed?  Reasonable solutions are presented.

Many food options are available from a large family buffet restaurant to smaller outdoor options.

Dianne and I greatly enjoyed our visit and hope to return and also see the Creation Museum nearby.