If there is one thing that seniors probably possess in greater quantity than any other demographic: memories!  Likely many of them!  I recently came across a collection of them in a magazine called GOOD✦OLD✦DAYS and, from time to time, may consider sharing an article here.  The author is Gary Kurz.

If you have a memory you’d like to share, simply submit it in the form below.  We’d love to hear from you!

Most families have special moments or days that are etched permanently in every member’s memory: the birth of a child, purchasing that dream home, winning the lotto, and so forth.  In my family, that day was oddly enough known as “The Day”.

It was in 1959 and we lived in Vallejo, California, in what was then Navy housing.  My dad, a Navy submariner, was stationed at Mare Island Naval Shipyard.  I was in the 5th grade and enjoying life.  Navy housing was right on the edge of a very swampy area, which appealed to my nature-boy mentality and sense of adventure.  The swamp was full of turtles, frogs, and snakes –critters that I enjoyed catching and keeping as pets.

The day before the infamous “day,” one of my friends and classmates suggested that the next day, instead of going to school, we should go across the valley and look for snakes in the foothills of Napa.  He reasoned that if we left home at the regular time, pretending that we were going to school, and then make sure that we got home about the same time we normally returned from school, no one would be the wiser. 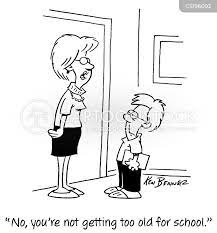 Drawing upon the substantial wisdom my nearly 10 years of life had given me, I concluded that this idea had real merit.  Somehow it made perfect sense; undoubtedly it was a stellar idea.  The plan was in place and our spirit of adventure was awakened.

Morning came and my friend knocked on my door much earlier than expected.  He was as anxious as I was to embark on our adventure.  It was all we could do to restrain ourselves from raising suspicion by leaving early.  But we managed to stall sufficiently long enough and departed with a “Have a good day in school” wish from my mom. 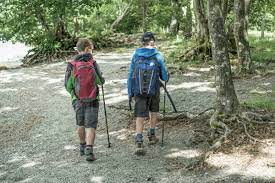 The 5-mile trip across the valley took considerably longer than expected.  We had to cross about a dozen canals, and that was no easy task.  It required a combination of scaling fences, wading, swimming, and climbing under or around pump houses.

But we eventually arrived in Napa, though it was well into the afternoon by the time we got there.  Wet and cold from repeatedly crossing waterways, we enjoyed the warm sun as we climbed the coveted hills – which, by the way, had grown much larger in size upon our approach.  No matter, there was an adventure to be had, and we forged ahead. 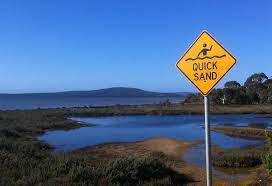 We thoroughly enjoyed our day, even with the brief bout with the quicksand and my being bitten by a large unidentified snake in retaliation for my grabbing it by the tail.  There was a lot of blood but no puncture wounds that looked like fang marks, so we forgot the incident and pressed on with our adventure.  It wasn’t a concern to us anyway.  We were on top of the world.  Nothing was going to ruin our day.

Unfortunately, there was one factor we had not considered: time.  The sun was quickly dropping in the sky, and even though we knew we hadn’t a prayer of getting home around the time school let out, we quickly scurried back toward the valley and canals. 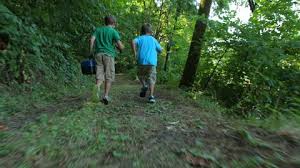 Long after dark, we finally came up out of the last canal.  We probably should have hurried on home, but our attention was diverted to a commotion at the local lake about a quarter mile from where we had come up out of the swamp.  We often played around this lake and there was nothing really unique about it.  So I wondered what the attraction could be for this many people so late in the evening.

At first, I thought it was some sort of carnival or circus because of all the flashing lights and the large crowd of people.  But as we drew closer, I realized that the lights were from several police cars and fire trucks.  They were shining their big lights out over the lake, where men in boats were pulling on ropes that went out in the water.  Hundreds of people stood watching on the shore of the lake.  There was also a news crew with cameras filming everything that was going on.  It was all quite exciting.

We hurried over to the lake to find out what was going on.  People weren’t talking and laughing very much as they usually did in large groups; in fact, the mood seemed quite grim.  I saw a friend of mine straddling his bicycle and called out to him, “Hey, Billy!  Hey, Billy, what’s going on?”

Billy turned to me.  His jaw dropped and his face went pale.  Despite his obvious shock, he rolled his bike over to me and managed to say excitedly, “Gary, what are you dint here?  You are in so much trouble!  Your mom and dad have been looking for you all day.  They are dragging the lake for your body.  You have had it, my friend!”

Now I was turning pale.  The full impact of my truancy was hitting me.  I was going to run home, but Billy told me that he needed to take me because there was a reward for information about me and he wanted it.  I was tired anyway, so I agreed to his giving me a ride.

We arrived at my house and all I remember is the shriek that my mother let out.  It was a shriek of joy.  I have never been hugged so hard in all my life.  For a moment, I felt like the most loved kid in the world.

Unfortunately, the feeling was to be short-lived.  Whatever relief my mother felt from seeing me quickly dissipated and was replaced by anger, perhaps even rage.  In short order, I felt like the most hated kid in the world, as my mother scolded me using language that would embarrass a sailor.  I know that to be true because my dad was a sailor and he winced at the words coming out of her mouth.

We arrived at my house and all I remember is the shriek that my mother let out.  It was a shriek of joy.  I have never been hugged so hard in all my life.  For a moment, I felt like the most loved kid in the world.

Unfortunately, the feeling was to be short-lived.  Whatever relief my mother felt from seeing me quickly dissipated and was replaced by anger, perhaps even rage.  In short order, I felt like the most hated kid in the world, as my mother scolded me using language that would embarrass a sailor.  I know that to be true because my dad was a sailor and he winced at the words coming out of her mouth.

But that didn’t stop him from waiting for his turn with me.  And his rebuke of my behavior was less verbal and more physical than Moms.  There’s no need to explain that further; I am sure you can fill in the blanks.

It shames me a bit to admit to my shortcomings as a youngster, but it was what it was.  There was no malice or intent to hurt anyone – I was just a young boy with an uncontrollable sense of adventure.  Nevertheless. “The Day” will live in infamy in our family.

Your second block of text...