How Aging Affects Your Mood

We’ve all heard the stereotype and seen the videos, movies, and images that reinforce it: a grumpy old man yelling at kids to get off his lawn or a mean old lady living alone in a huge, creepy house on the hill. 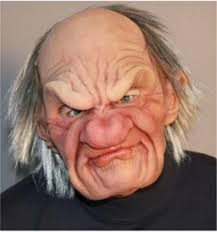 While these images are undoubtedly part of our cultural fabric, they’re also an unfortunate series of myths that is perpetuated on a regular basis. If we’re being honest, most of us have believed the “Grumpy Old People” stereotype at one point or another and many of us may still believe it today.

As it turns out, however, this stereotype is unfair and untrue. In recent years, research has come to light that suggests that, despite what our cultural norms may tell us, aging individuals often become happier and more open as they age rather than becoming angry and closed-off

What You Need to Know

According to a recent study conducted by researchers at Northwestern University, it’s not at all uncommon for seniors to become more trusting, more open, more positive, and generally happier as they age. 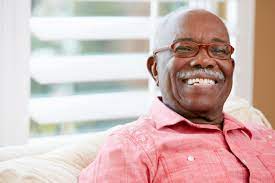 The researchers behind the study concluded that these findings were the result of the fact that seniors are more willing to trust other people than their younger counterparts were. This, in turn, led to increased happiness levels over time. How’s that for doing away with the “You darn kids get off of my lawn!”

In addition to making seniors happier, this increase in trust also had marked biochemical effects. Namely, seniors who were more willing to trust the people around them experienced elevated levels of oxytocin – the hormone associated with intimacy and attachment. 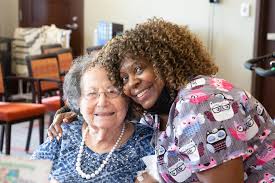 Multiple studies have linked oxytocin with a decrease in dangerous conditions, like chronic pain, and have associated it with faster wound healing, lower stress levels, and even recovery from post-traumatic stress disorder.

Many people who hear that seniors are more willing to trust other people immediately worry about seniors becoming so trusting that they place themselves at risk of elder abuse. 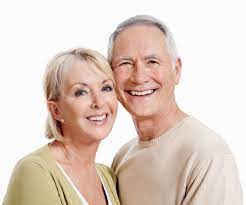 With this in mind, it’s clear that the “Grumpy Old People” stereotype is not a fair one and that, more often than not, people become more trusting, loving, and affectionate with age. In fact, seniors are often more agreeable in terms of “The Big Five” personality traits than their younger counterparts.

Most modern psychological studies are based on five personality traits, known as “The Big Five.” These traits are as follows:

Extroversion: Extroversion refers to a person’s level of social willingness, excitability, and expressiveness. 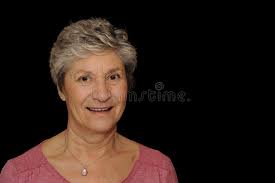 Agreeableness: A person who has a high level of agreeableness is highly altruistic, trusting, and kind.

Conscientiousness: Conscientiousness is a term that is used to refer to a person’s overall organization capabilities, willingness to set goals, and ability to be thoughtful.

Neuroticism: Neuroticism refers to measurements like moodiness and instability in emotional well-being, including anxiety and depression.

While the Big Five are used to evaluate psychological study participants of all ages, a National Institutes of Health study conducted in 2009 recently revealed that, while 75% of seniors (ages 60 and older) experience changes in The Big Five personality traits, the vast majority of these changes were for the better. These findings back up the Northwestern study by proving that seniors generally become more agreeable as they age. 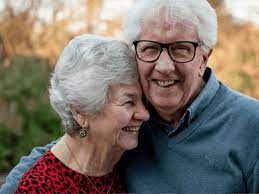 Another National Institutes of Health study took the evaluation of the Big Five one step further by looking at personality traits across all age groups on a global level. This study revealed that all cultures believe, to some extent, that young people are impatient and that older people are inflexible and grumpy. The study also found that each culture evaluated was guilty of severely overstating these differences.

While our personalities do change as we age, there’s no scientific evidence to prove that we are guaranteed to become angry or closed-off with age. This proves that the “Grumpy Old People” myth is both undeserved and unfair. While cognitive impairment and dementia can certainly change a person’s personality for the worse, most seniors experience positive rather than negative changes in personality as they age.

Your second block of text...