Seniors sometimes get ideas that many would consider being “out of the box”.  Dianne and I recently had an “out of the box” idea.  Our home mortgage had nine years remaining, and we were looking for a way to rid ourselves of the mortgage

It was in June of 2020 that Dianne and I found a house that we thought we could fix up and resell at, hopefully, a profit.  It was in a rather sad condition and wouldn’t qualify for a bank loan, so the owner, a trust, carried the note for us. 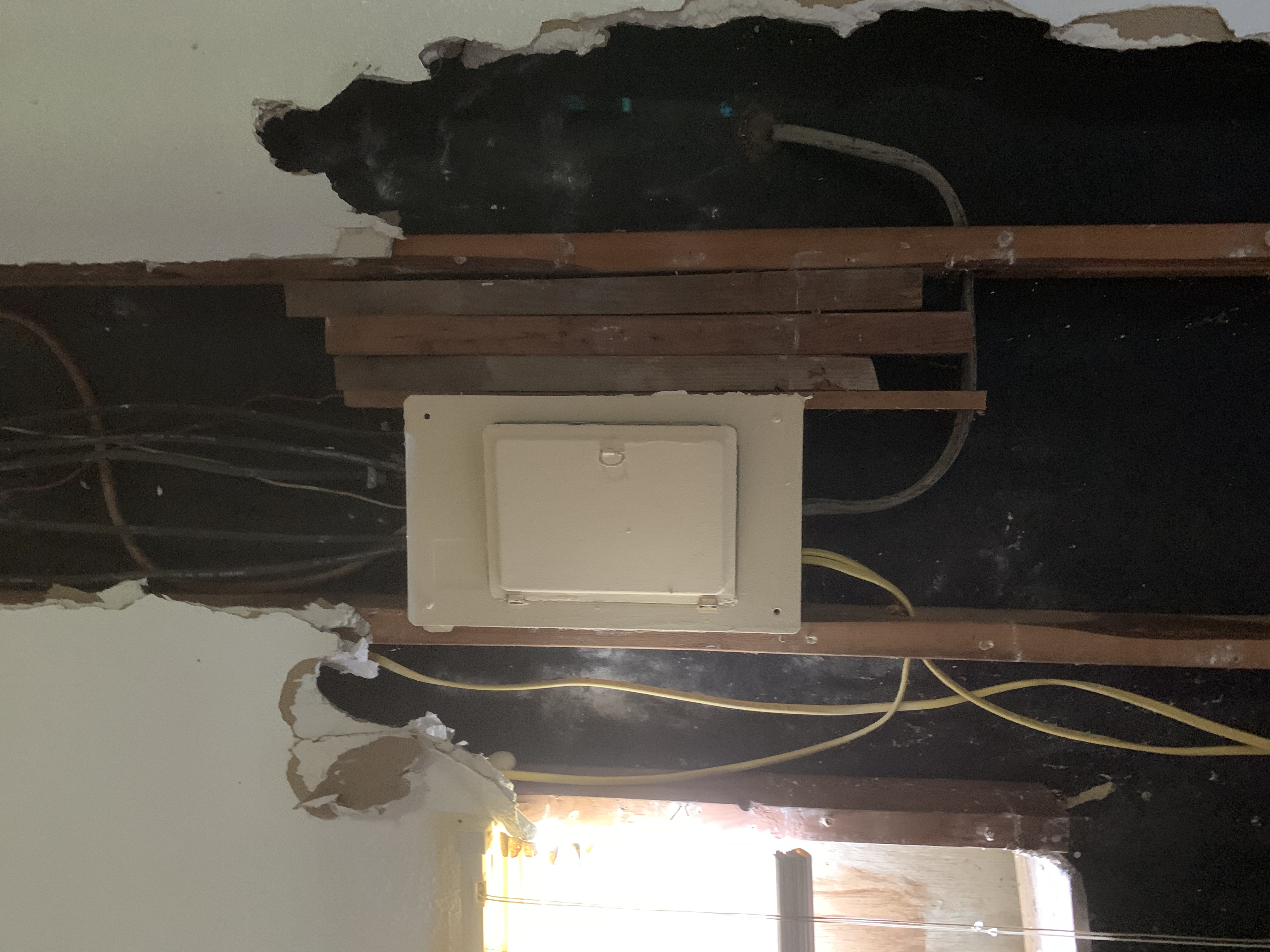 The house originally had about 1,200 square feet which included two bedrooms, a garage, and one bath.  The garage had a make-shift clothes closet and a small window air conditioning unit but remained a lower unfinished floor.  Also, the garage contained the circuit breaker box that housed the old screw-in fuses for the various electrical systems in the house.  There were four old fuses–and the electrician told us later he was surprised the house hadn’t burned down because of the wiring. 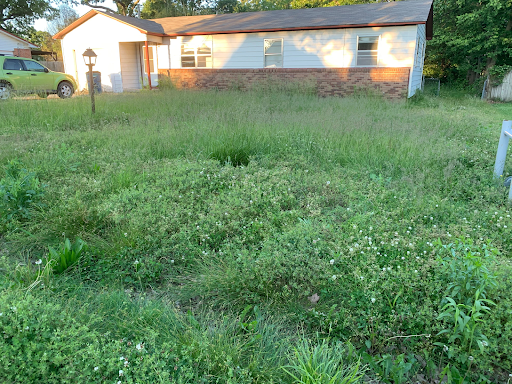 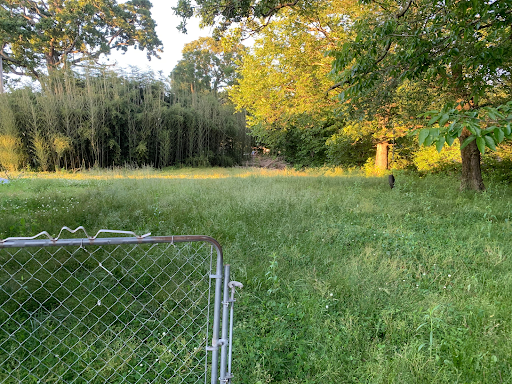 The house had been empty for some time, and the yard also suffered from neglect.  The neighbors were less than enthusiastic about the condition of the yard and seemed pleased that someone finally appeared to be dealing with its dismal condition.

I suppose one might reasonably assume that either the mower height setting was set incorrectly, or it had been a significantly long period of time since the lawn had been mowed.  I personally suspect the latter conclusion.

It took Dianne and me two full days to make the yard appear more decent.  We first had to weed-whip the yard, bag the grass, and then mow the entire yard twice.

Happily, the house had recently received a new roof, which was good for us because these two old people don’t do roofs.  Ascending to the heights of any significant elevation is not a pursuit we enjoy, nor one of which our children would approve!

Below are before and after pictures of the original bathroom and kitchen. 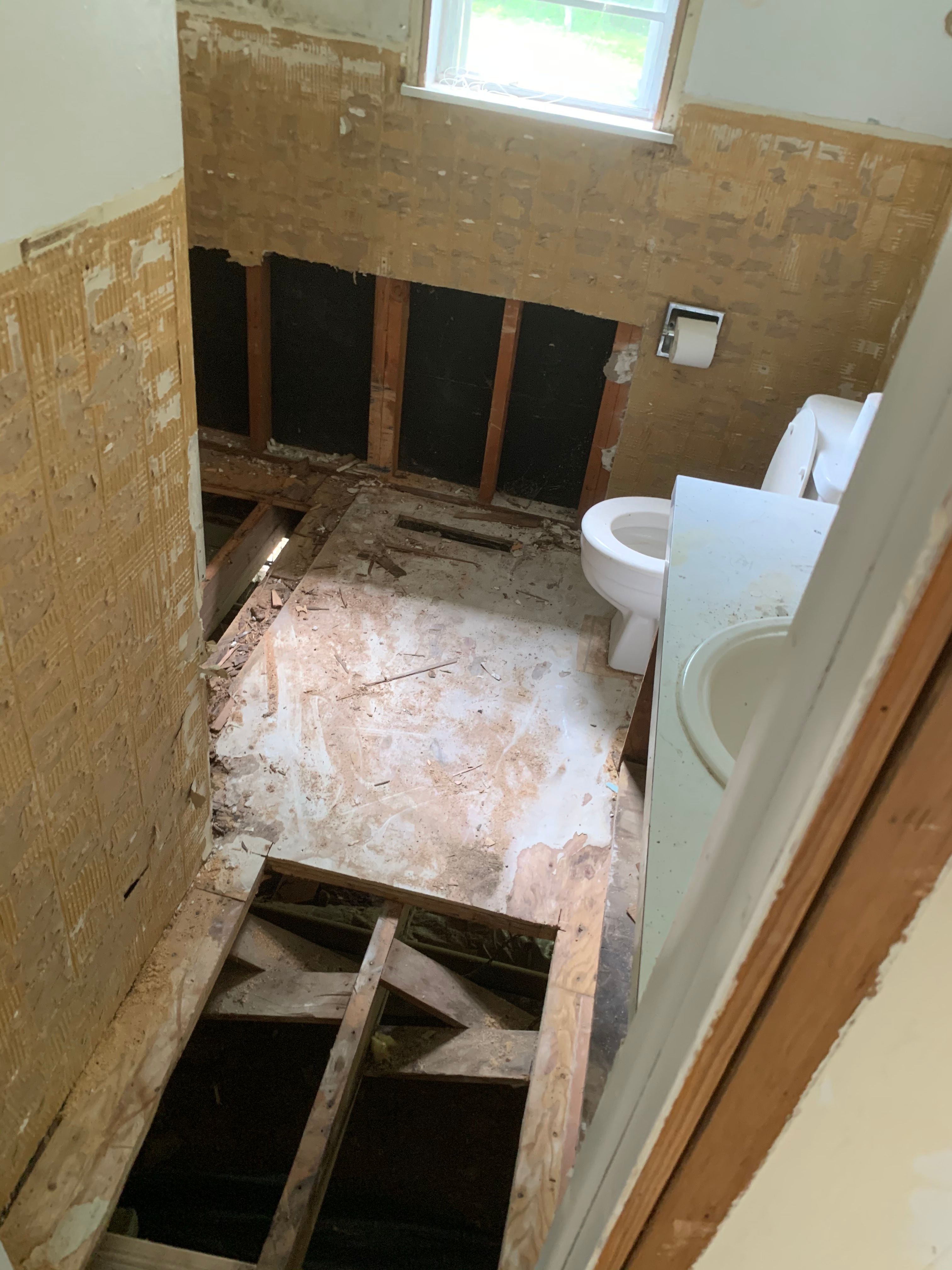 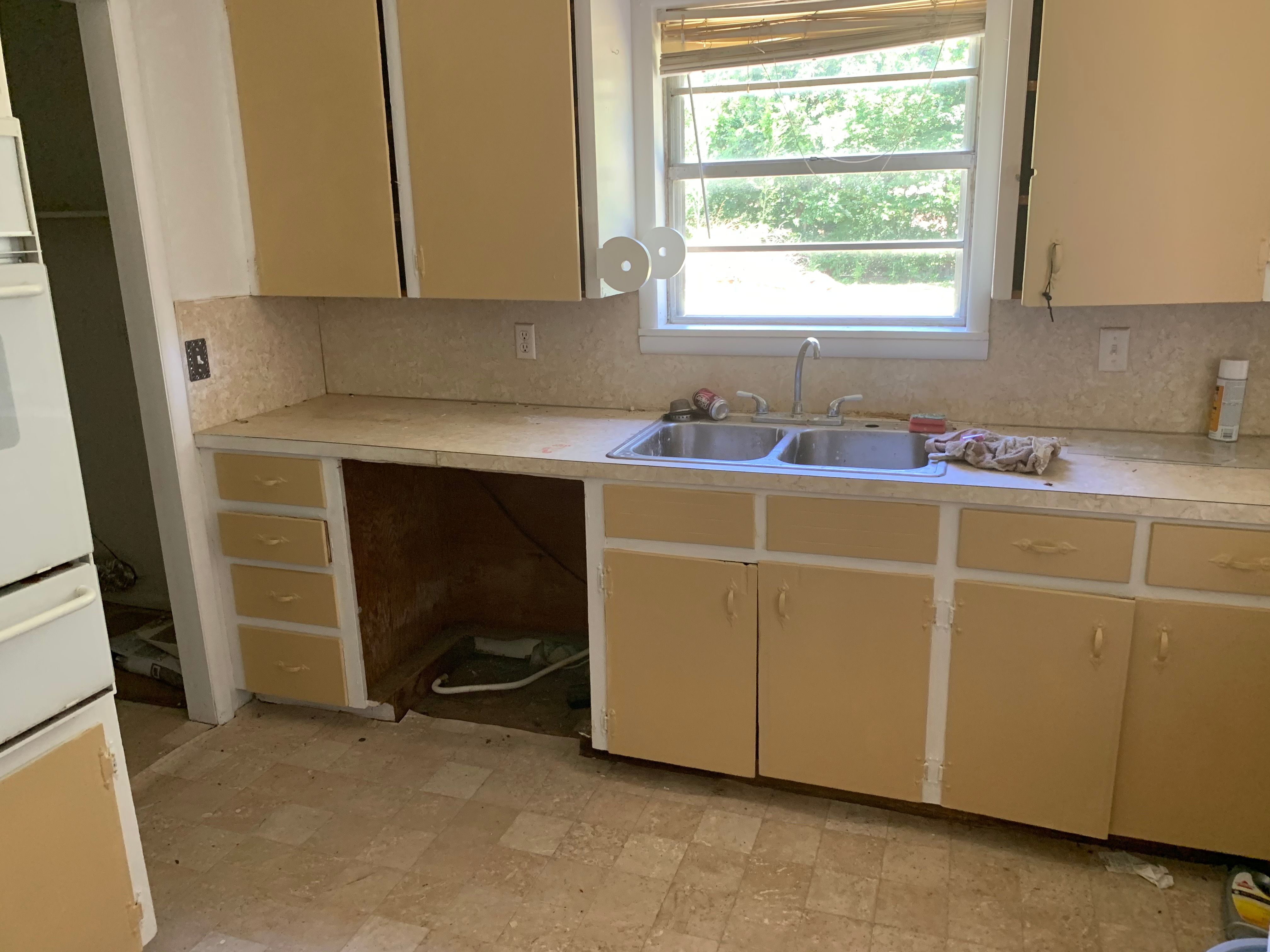 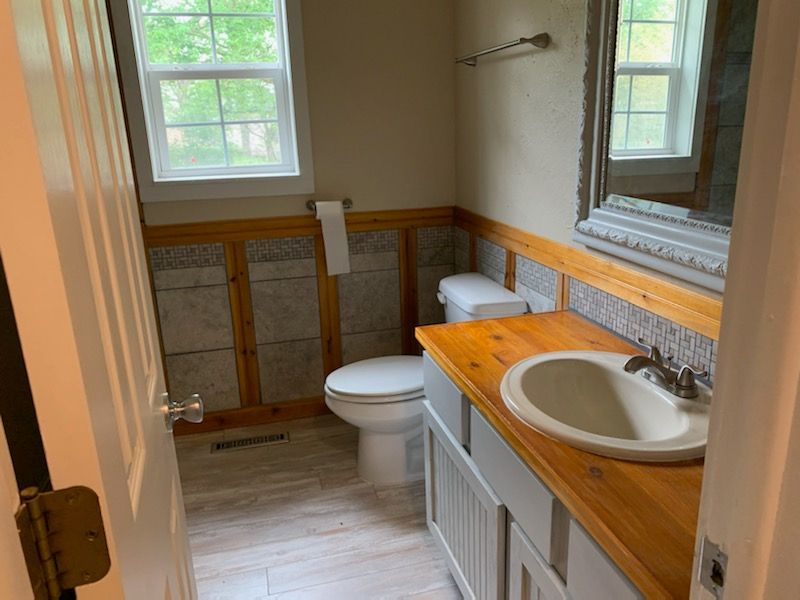 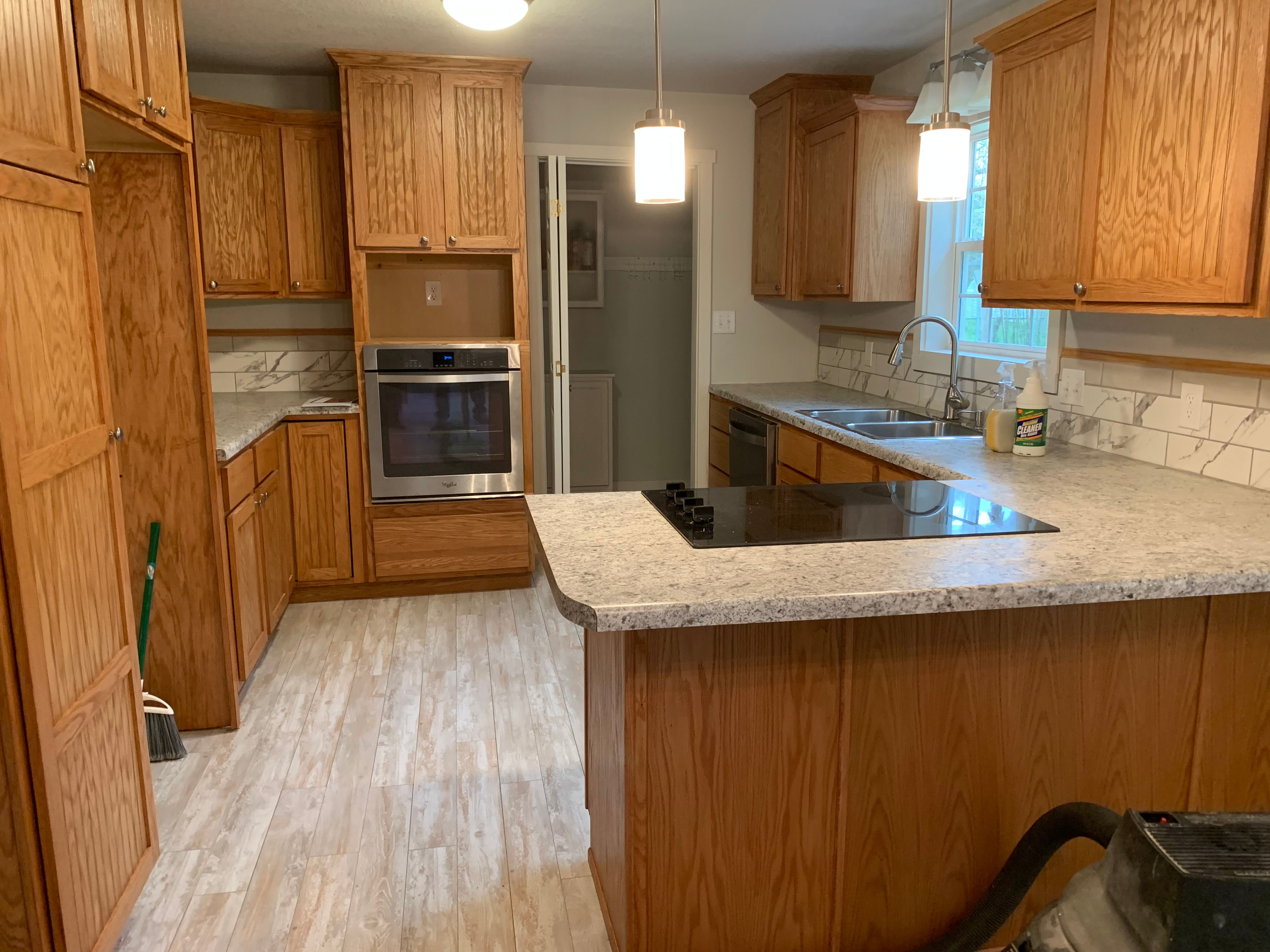 The new master bedroom and bathroom/mudroom via the exterior door. 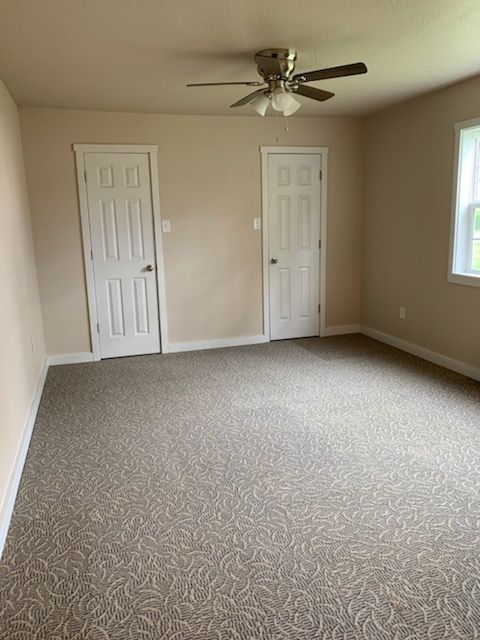 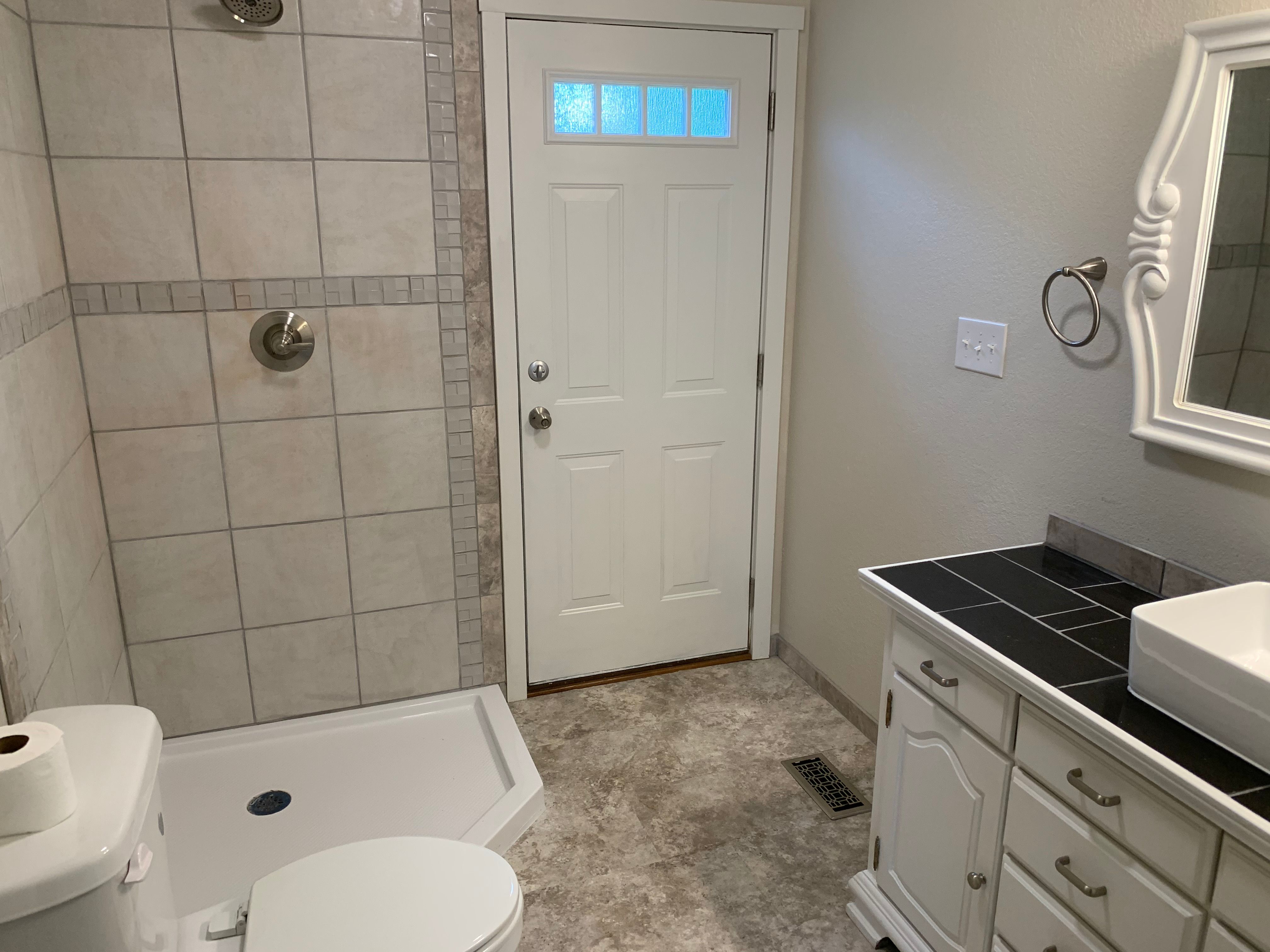 Next, are the living room and dining room with a small table under the small chandelier to make it more difficult to hit our heads! 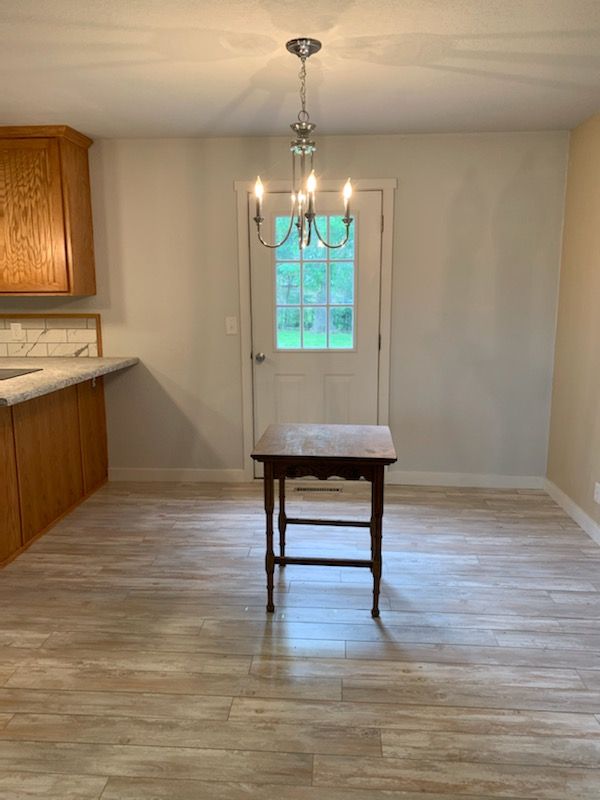 Two bedrooms, one small, with two windows, the other large, with three windows 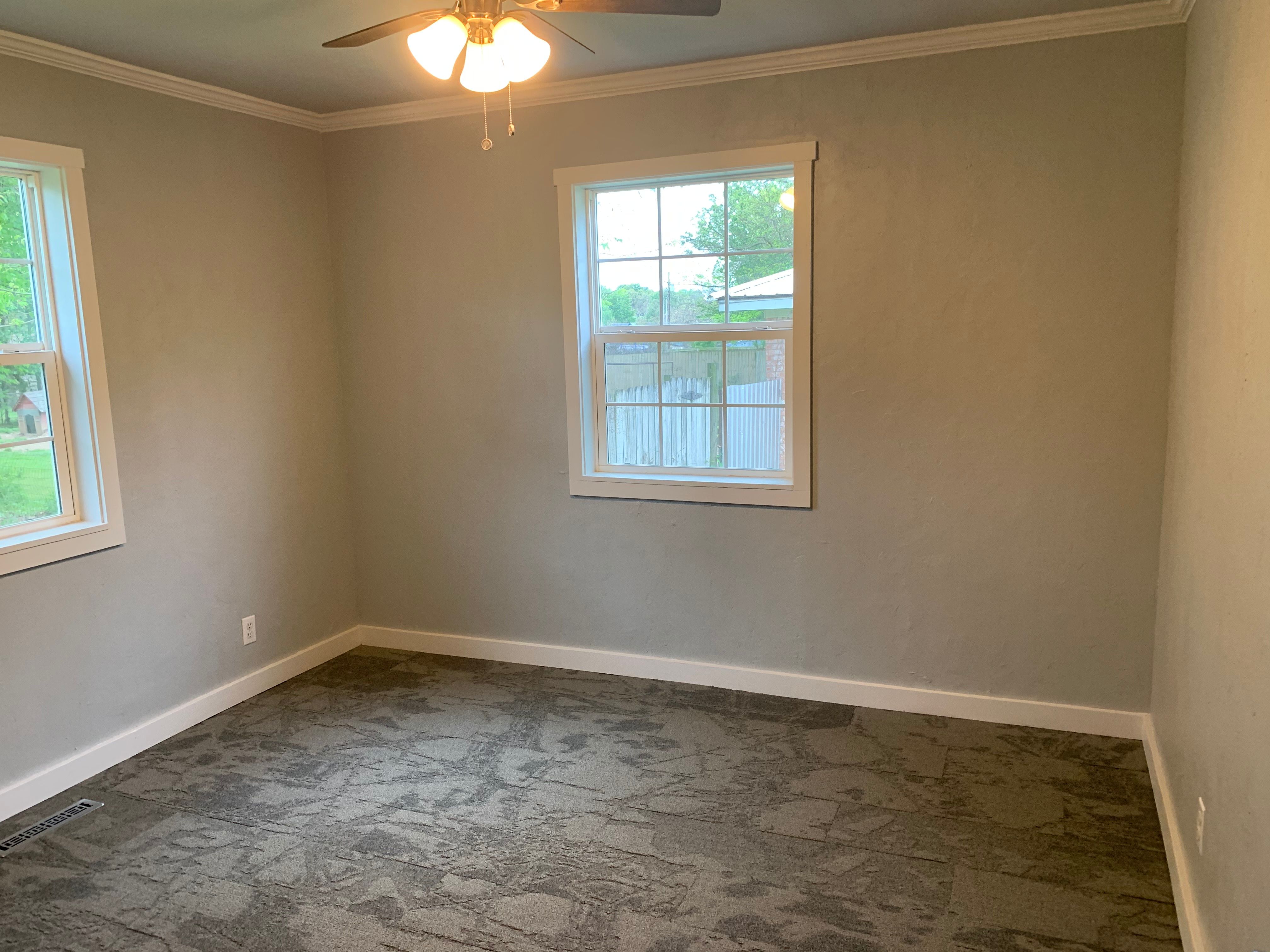 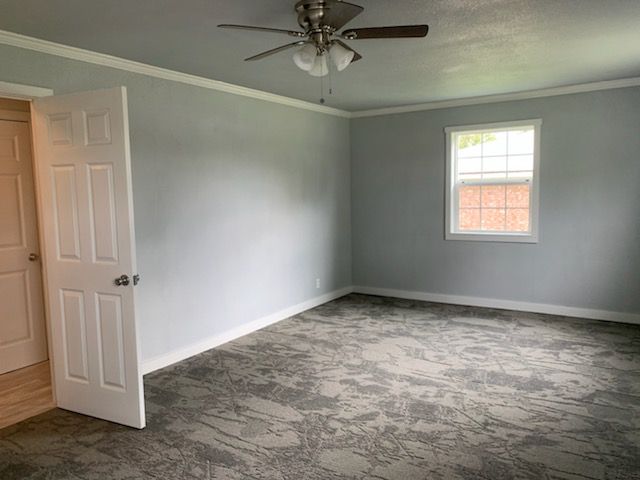 Beginning to remove old siding from the back side (east side) of the house.  During construction, there were several holes in the floor for two reasons.  1) We needed access to the crawl space to level the floor and 2) install new ductwork for the HVAC system. 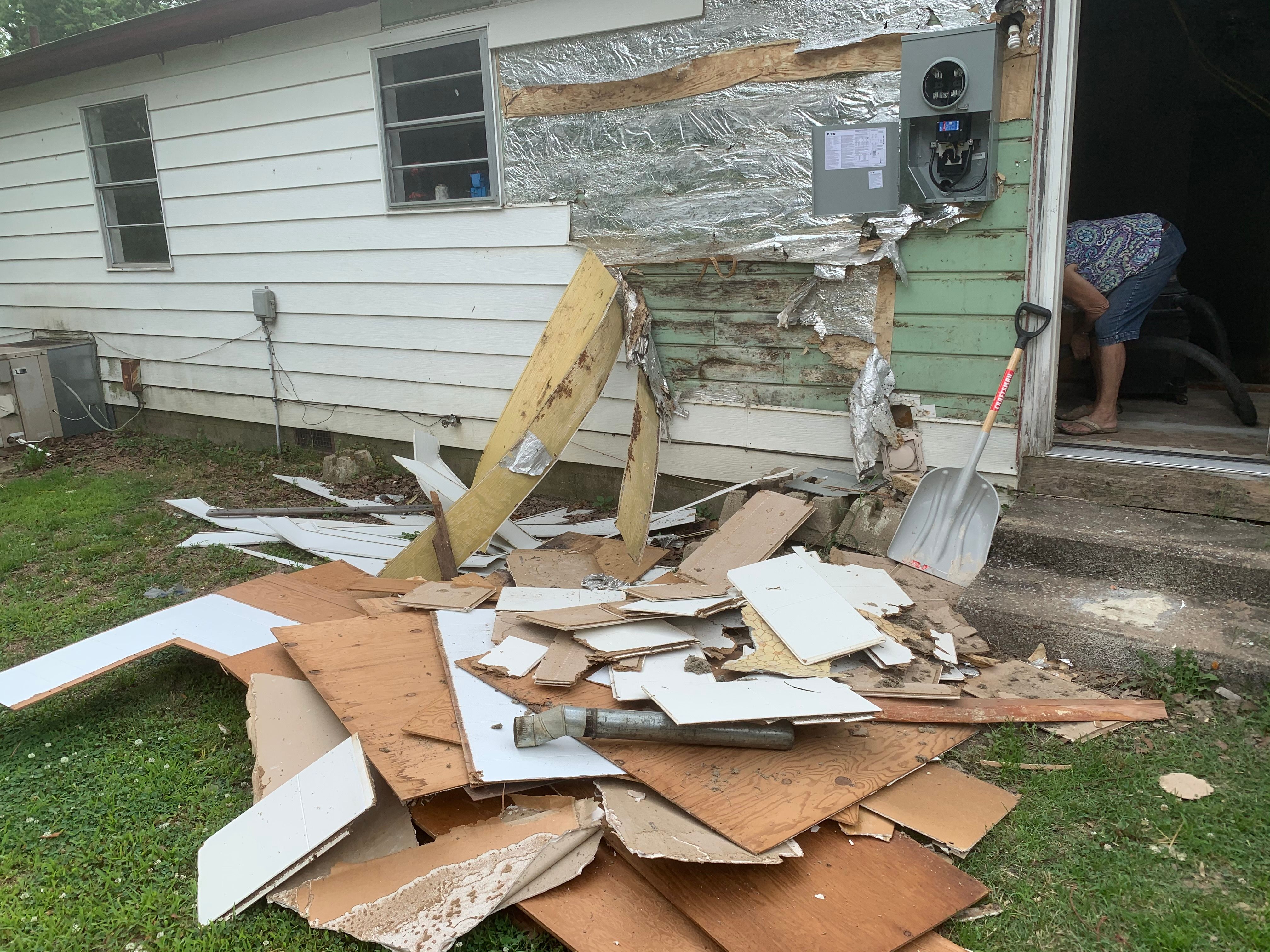 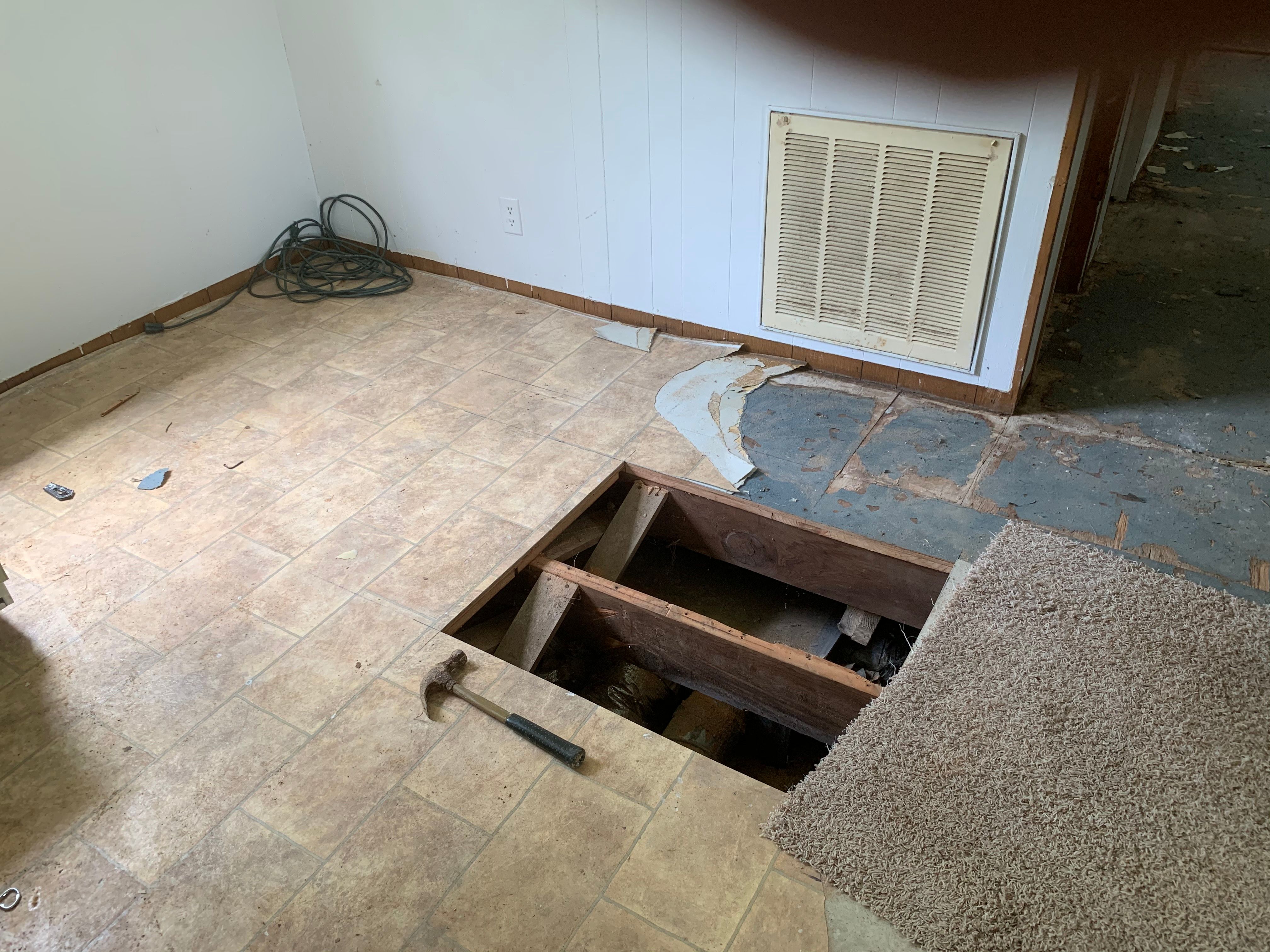 Walls and ceiling in the living room are not yet completed, but flooring is being removed.  Exterior wall of the master bedroom with old siding and old circuit breaker. 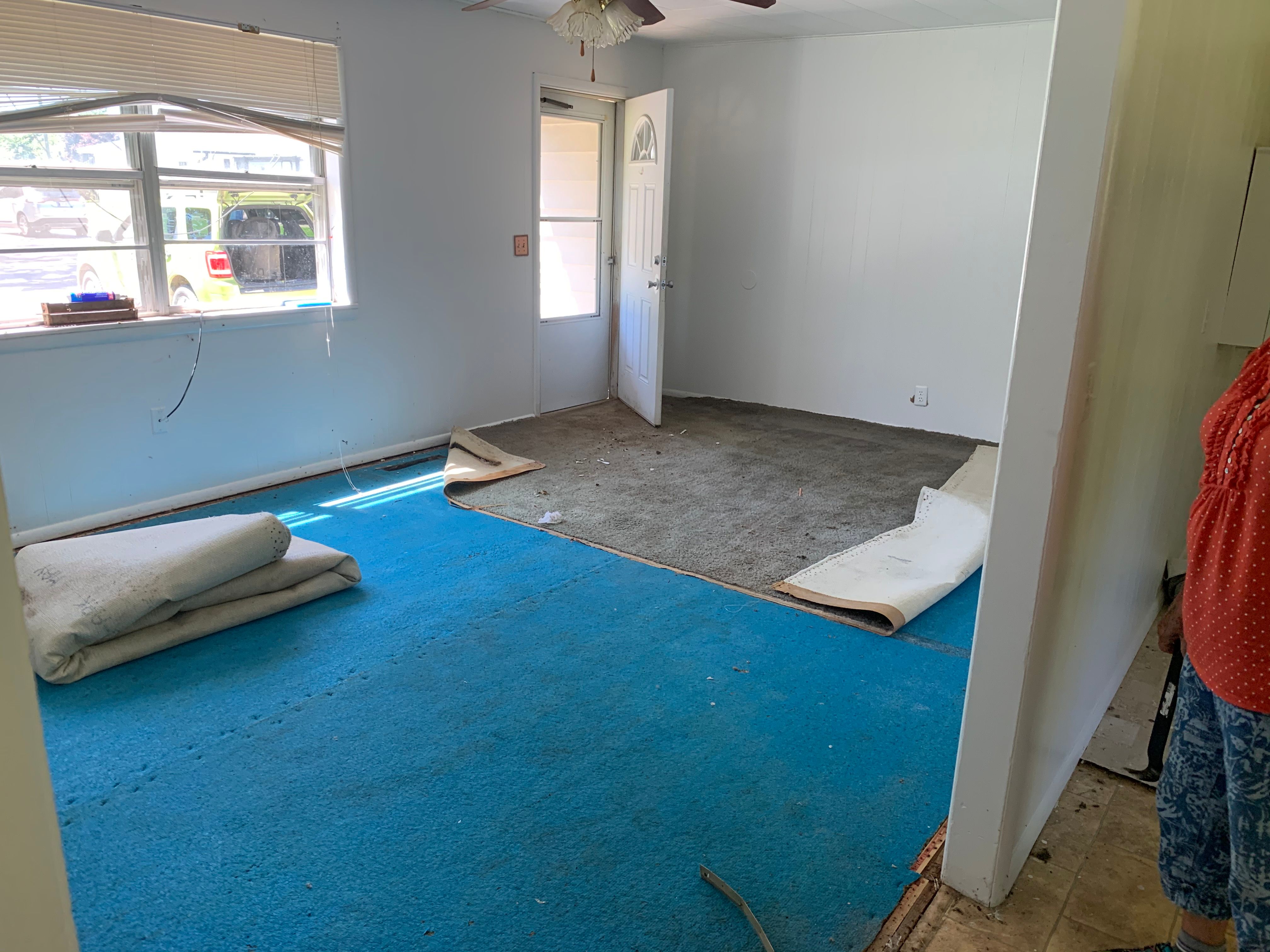 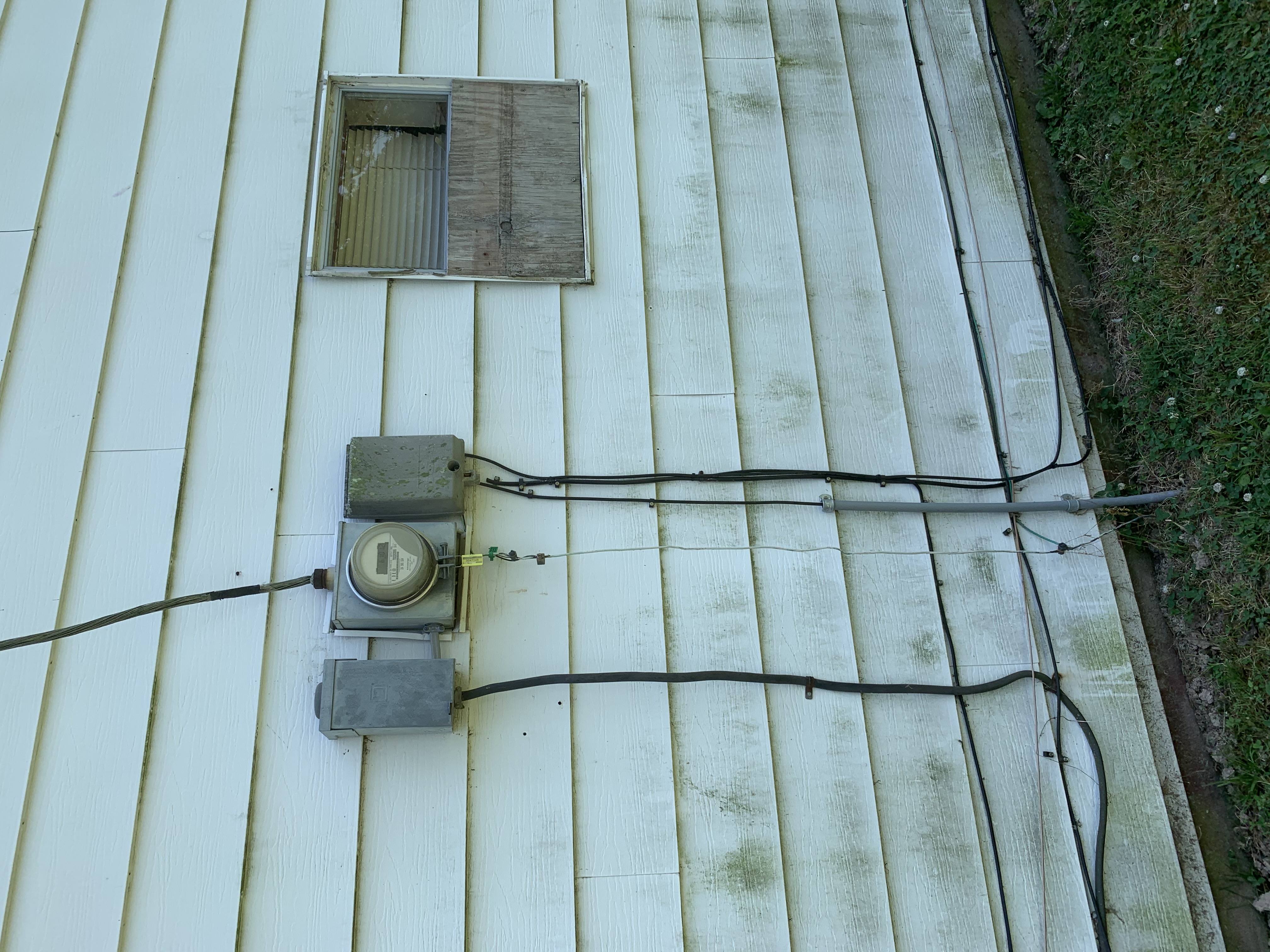 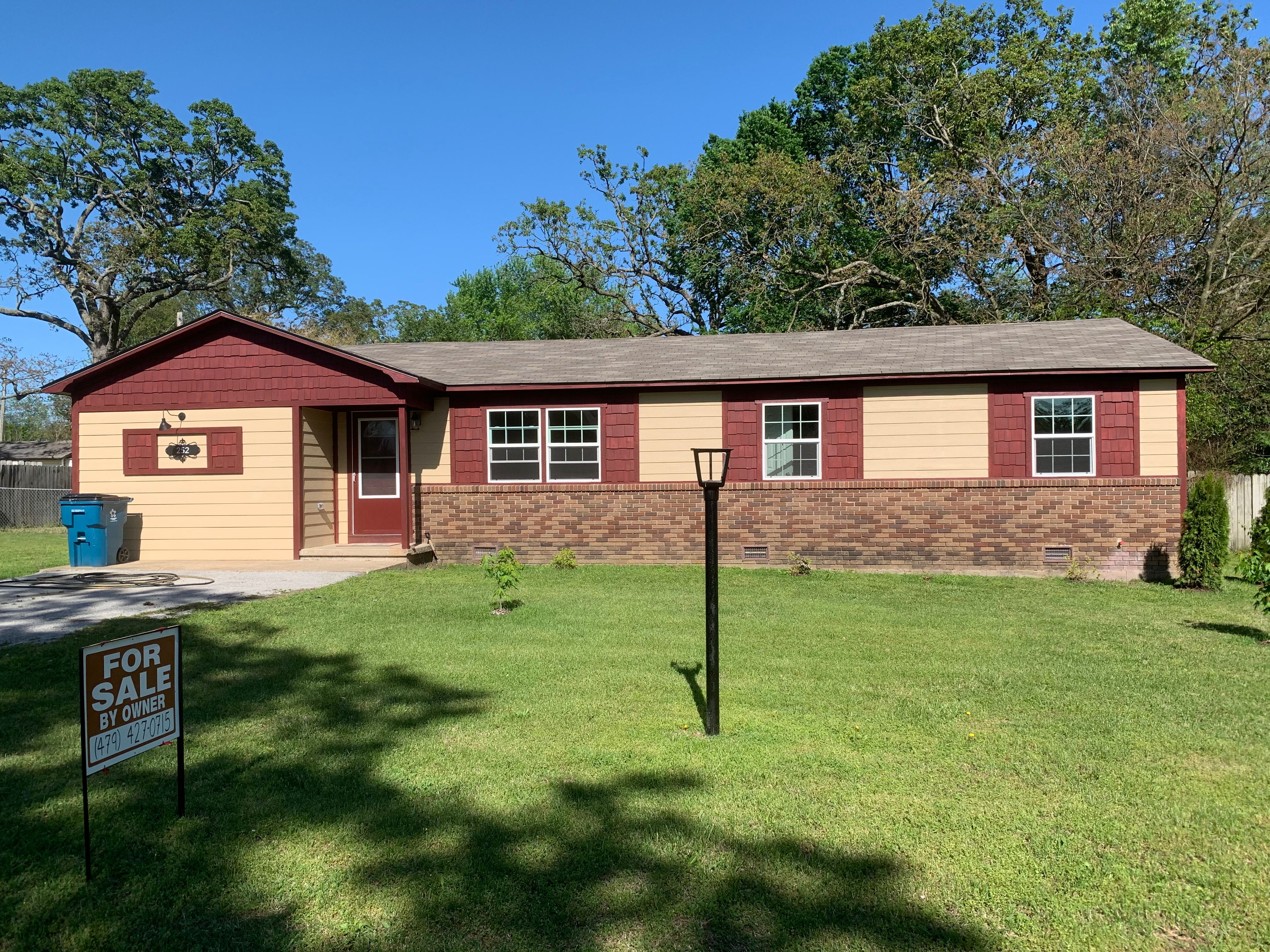 There were hot, sweaty days of demolition when our strength seemed stretched to the max.  We encountered lots of construction puzzles that took time and creativity to solve.  Installing new windows and making them air-tight was an experience that took both of us much thought and effort.  Creating smooth, flat ceilings over old insulated tiled squares took lots of small steps and many days to conquer.  Installing beautiful new flooring over uneven subfloor meant removing some of the old, finding new that matched the old in height, and making sure everything hidden would support the new.  Using decorative tiles of various sizes allowed the finished look to hide imperfections beneath.  All in all, the entire flip called into use every bit of ingenuity and knowledge we had, and God graced us with abilities we never knew we possessed.

We are grateful and pleased with the finished product.  The house is sold, and we have paid off our home mortgage.  The Lord has granted us health and strength enough to finish the work on the house.  These seniors (ages 73 and 74, respectively) had the energy to last the nine months to complete the project, and we are grateful.  Perhaps our experience can be the encouragement another might need to grab at an opportunity to do something new and beneficial even at our chronologically-gifted age.  Carry on!