Gain Strength by Learning
How to Overcome Failure

A few years back, Disney released an animated movie called "Meet the Robinsons" that had such a deep impact and meaning. The point of the story is to celebrate each failure you have because it gives you the opportunity to try again.

Most people make the mistake of thinking that, just because they failed at something, they should just move on. Or, if they failed it meant they were never meant to succeed at it. Wrong, wrong, wrong!

When you're trying to accomplish something, failure is actually the best thing that can happen to you. Seriously! Do you think the light bulb was invented the first time around? No! In fact, Thomas Edison took thousands of tries to get it just right! 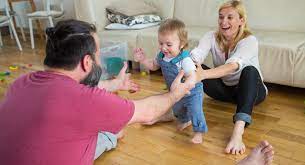 What about the first wheel or the telephone? Of course, it takes multiple tries by multiple people to succeed, but the key point to remember is that you have to fail to know that you've succeeded.

* Think of a toddler learning how to walk. Although they give a fair share of tantrums during the learning stages, they pull themselves up after each fall and try to walk again. Instinctively they're teaching themselves how to perfect the movement all based on their past mistakes or failures. It's a trial and error process!

* People struggling with weight loss often feel like failures when they gain weight while dieting. Keeping a weight loss journal can help them track their progress and learn to recognize what triggers them to fail.  Perhaps there are emotional or physical triggers that can be prevented—learning from these mistakes will teach them how to combat those same problems in the future.

There is another benefit to failing: failure opens doors that will allow you to find out what you're really destined to do. This happens in college all the time.

How You Found Yourself Through Experience

Certainly, you know at least one person who went to college with the intent of getting one degree and as they went through their course work, having their successes and failures, they discovered a new career interest and changed their major.

Think of a student who went to college to become a nurse but soon realized what they really enjoy is teaching. The whole reason they were going into nursing was to help educate people to improve their lives and they found the best way to do that is not as a nurse, but as a teacher. There's nothing wrong with that!

As long as you're able to learn from your "mistakes," they're not mistakes at all – they are opportunities for success! There's always something to learn from each and every situation and once you understand the lesson, it will make you a better person.

Failure makes you a stronger person. Imagine what it would be like if everything you did always went your way. Imagine that you were successful at everything you attempted your whole life and then one day it happened... you failed! You failed so badly that it caused you to lose everything. How in the world would you deal with that failure if you've never had to overcome an obstacle before? 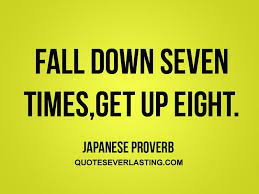 Failing allows you to become more resilient so you can always figure out a way to move forward.

The first wheel may have been square and it moved, but it was wobbly and eventually fell over, but the inventors never gave up! They began to figure out how to make it rounder so it would roll smoothly.

You can do the same in your life! You can't give up, you have to pick yourself up and figure out a way to roll forward, stronger than ever!