Who says seniors simply stay stagnant?  That’s simply not so!  We have the savvy to have survived several seasons!  Still, we realize there are times when everyone should sit down and scrutinize their situation.

Decisions.  Did you know the average person makes about 35,000 decisions every day?  Most of these decisions are not especially important.  Many are very simple, like which socks to wear or which salad dressing to use.

But after making thousands of decisions – even if they are small ones – we often develop a weary feeling that psychologists call decision fatigue.  Once we hit that point, our decision-making ability declines, and we have a hard time making any decision-making at all.

It’s no surprise, then, that when people are confronted with major life decisions, they can easily get overwhelmed.   After agonizing over possible risks and uncertainties, they often simply decide not to decide.

In other words, they keep doing what they’re doing, rather than choose something new.  They stick with the job they have instead of attempting a new one, or they stay in the town they know instead of moving to a new place. 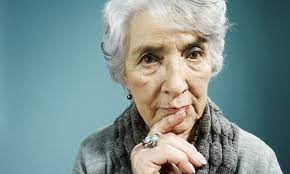 But researchers who have studied decision-making recommend the opposite approach.  They suggest this rule of thumb: When you aren’t sure what to do, choose the option that represents a change, rather than the status quo.

One study found that people were overwhelmingly happier with the outcome if they choose to make a change rather than stay the same.

If there’s a decision you've been trying to make, why not choose the option that would bring a change?  Whether it’s a new haircut, a new job, or a new exercise plan, a change might be just what you need.  It’s springtime, after all – the season of change and new beginnings.  So there’s no better time than now to try something new!

Thanks to Heather Quintana of Vibrant Life magazine.